Earlier this year, Apple design chief Jony Ive and designer Marc Newson created a number of one-of-a-kind items to be sold at a Sotheby’s charity auction to benefit Product (RED). Two items in particular were Apple related, a pair of solid gold Apple EarPods and a new Mac Pro with a special red finish.

According to a pair of tweets by photographer Kevin Abosch, Tony Fadell — one of the creators of the iPod and the founder of Nest, the company behind the Nest Thermostat and Protect smoke detector — may have purchased both the Mac Pro and the EarPods at the auction. 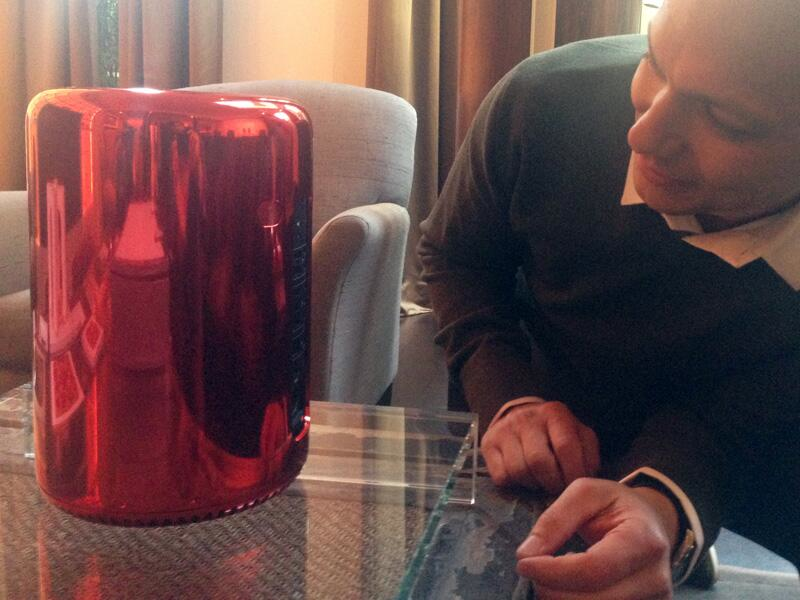 Both 1 of a kind… @tfadell with the (RED) Mac Pro and he's already trying to hack it!! pic.twitter.com/BME8m2HAQn

The red Mac Pro is one of the few out in the wild at the moment, as Apple has not yet started selling the device to the public. First shipments of the new Mac are expected later this month.

My friend @tfadell stopped by with 1 of a kind solid rose gold earbuds. Very cool! Thank you!!!!!!!!!! pic.twitter.com/RUc6hpD0JG

We have reached out to both Kevin Abosch and Tony Fadell for confirmation of the purchase and will update if we hear back.