Apple today debuted a new ad for its music streaming service Apple Music, this time centering around a workout session by artist Taylor Swift. The singer posted the 1-minute video on Twitter earlier this morning, captioning it as “based on true events.” 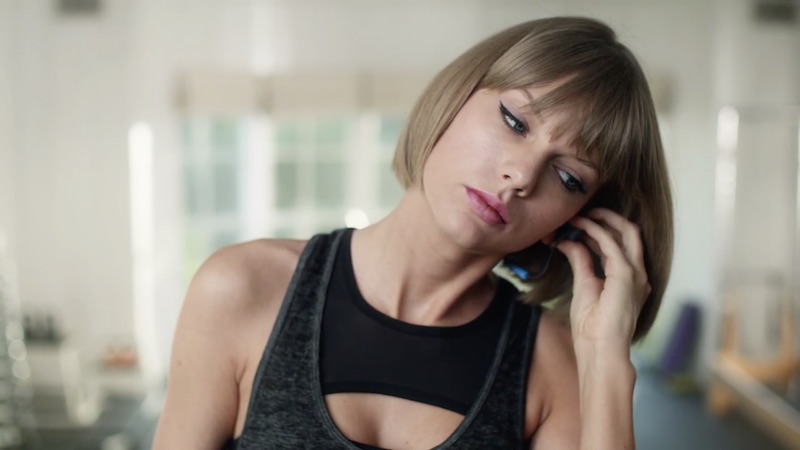 In the commercial, she begins preparing for a treadmill workout by browsing Apple Music for some workout-related songs. After navigating through the service’s recommended Activity Playlists and landing on the Running sub-category, Swift decides on a playlist called “#GYMFLOW” and begins listening to Drake & Future’s song “Jumpman.”

As the video continues, Swift gets really into the song and sings along with the lyrics, ultimately leading her to wipe out on the treadmill with the accompanying tagline for the video describing Apple Music as “distractingly good.”

Unlike the “For You” section of Apple Music, the pre-set playlists found on the service’s New tab are the same for every user and get specifically curated for different events — like a BBQ or studying — by Apple behind the scenes.